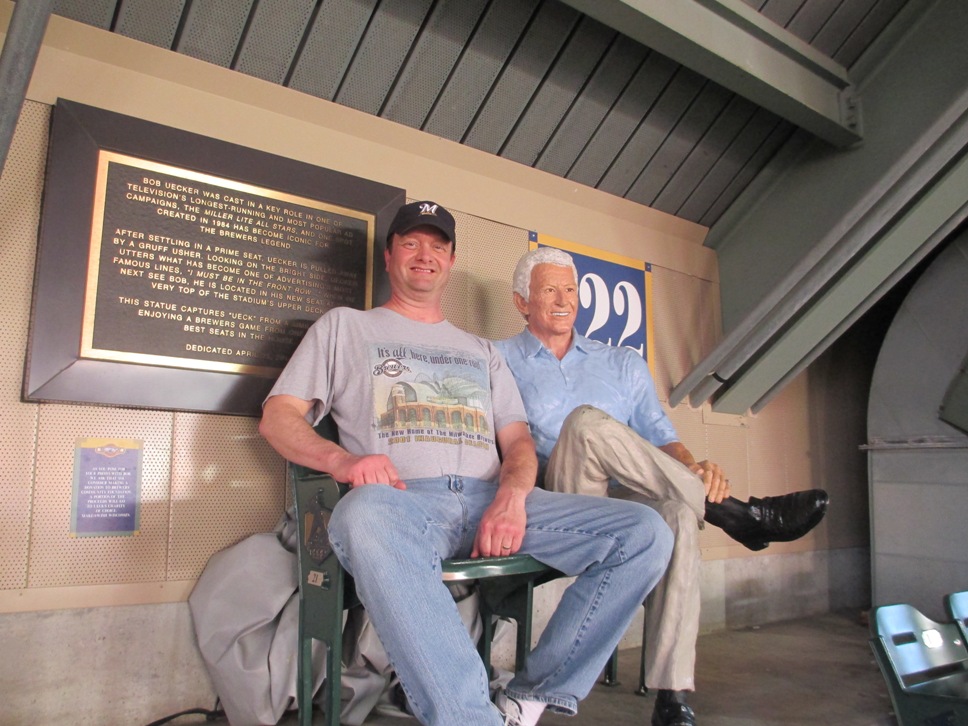 Miller Park Photo-Ops, #1) Sitting With Uecker. Recently the Brewers added a statue of a seated Bob Uecker at the very, very top of the stands behind home plate. It’s based on a Miller Lite commercial from many years ago where Uke gets ejected from the good seats, but he looks very relaxed at the top.

This is a very popular photo-op here, so there will likely be someone available to take the photo for you. 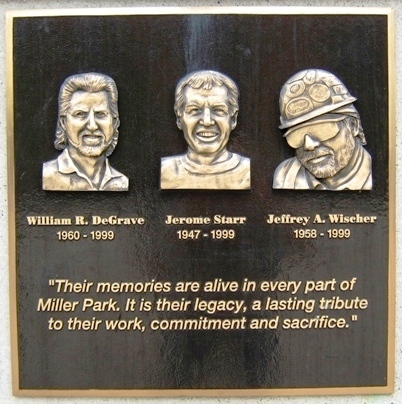 Victims of the crane accident of 2000.

Miller Park Photo-Ops, #2: The Construction Workers Statue. During the construction of Miller Park, three construction workers lost their lives in the Big Blue crane accident, when a crane toppled and crashed in windy conditions. The ballpark’s opening was delayed a year as the team recovered and cleaned up the mess from the crane.

Today William R. DeGrave, Jerome Starr, and Jeffrey A. Wischer are memorialized in a statue of their likenesses, which is found near the front entrance. It is fitting that the Brewers recognized that tragic day. 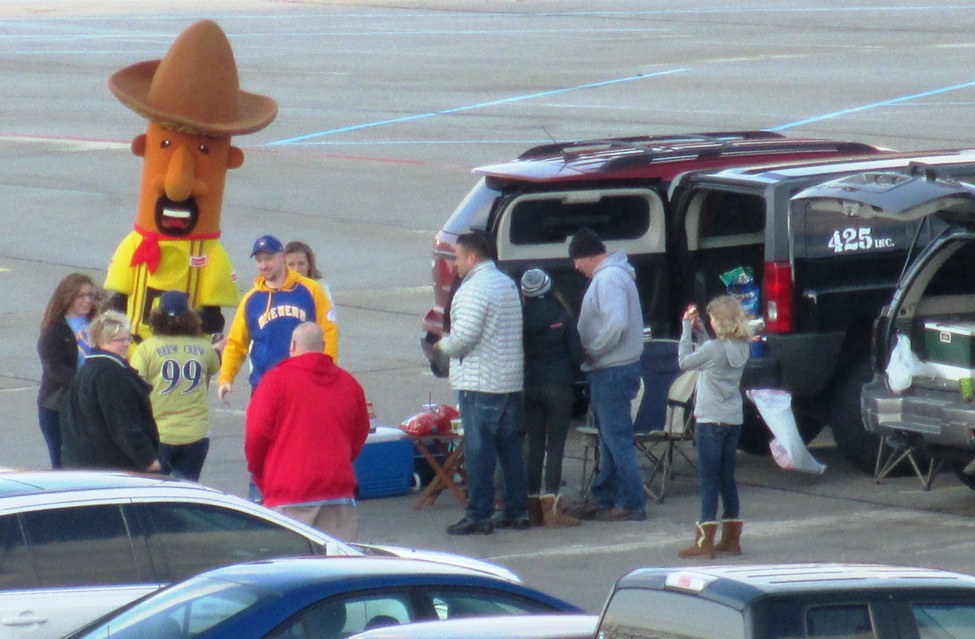 Check out the surprised look on Chorizo’s face when asked for his autograph.

Miller Park Photo-Ops, #3: The Racing Sausages. There are a lot of noisy between-innings promotions during Brewers games, but don’t miss the Klement’s racing sausages in the middle of the sixth inning. In the race five Brewers employees dress up as the Racing Sausages mascots: a hot dog, a brat, a Polish sausage, an Italian sausage and a chorizo, and then race around the foul territory of the ballpark.

The Racing Sausages hang out in the parking lots with the tailgaters before the game, so it’s a great opportunity to pose with one. 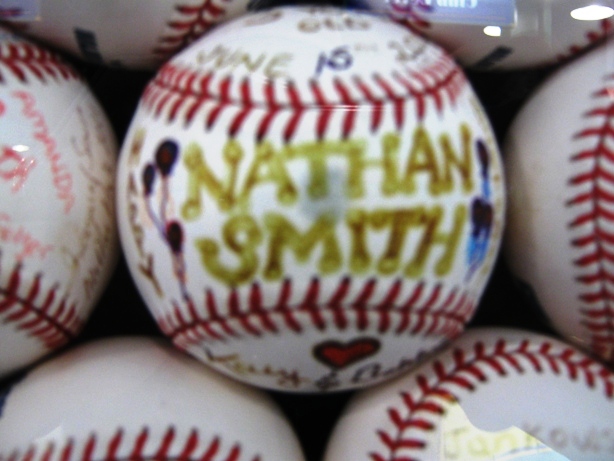 My cousin Nathan liked this photo.

Miller Park Photo-Ops, #4: Autograph Alley. Autograph Alley is located near the Third Base Entrance, not far from TGI Friday’s. It is a wall of baseballs signed by the game’s superstars, other celebrities, and people who purchased a ball to sign.

You can spend some time here looking at the signatures, some of which are amusing, or you can go to the Brewers’ website beforehand to find the location of any signed ball you may be looking for. Some big names here include Alice Cooper, Muhammad Ali, Joe DiMaggio and of course Robert Grzeszkiewicz.

I left out some other things I liked—like Helfaer Field outside the ballpark, the interactive Bud Selig tribute, and the Kids Zone. Check them all out; wander around this ballpark. It’s got plenty to amuse you.