Ask 30 sports travelers which city has the best baseball fans and you may get 30 different answers.

But if you want to see some evidence of a truly certifiable and dedicated fan base, check out the Arctic Tailgate in Milwaukee, a yearly event that takes place the day Brewers tickets go on sale.

Yes, that means what you think it means. Fans set up tents on concrete outside of the Miller Park ticket windows. In February. In Wisconsin. To buy baseball tickets that can now be bought online in the comfort of their homes.

Baseball reminds us that one day it will be warm in Wisconsin again.

So there are probably 20 people in tents waiting in line, right? Read this from the Brewers website: The first 2,000 fans in line will receive a hot dog and small soda, compliments of Klement’s, Pepsi and Sportservice, as well as an Arctic Tailgate t-shirt.

In 2014, the Brewers sold 91,000 tickets on the day of the Arctic Tailgate. This on a day when the temperature was six degrees. In 2015, the Brewers decided that the weather was too cold for overnight camping, even for Brewers fans. And people still got in line and bought 101,000 tickets by 3:00 PM that day.

These people are surely aware that they can just shell out a few extra bucks on StubHub for Opening Day tickets. If nothing else, Brewers fans are a thrifty bunch. But to them, that isn’t the point. They just want to be the first each year to celebrate Brewers baseball. 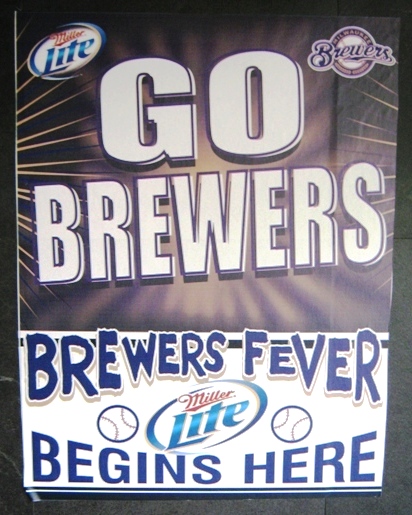 I got a fever! And the only prescription is more baseball!

You don’t need to see people sitting on concrete in freezing cold to know what a dedicated fan base the Brewers have. You can witness it in any regular season game at Miller Park. After three hours of a tailgating scene unmatched in baseball, Brewers fans are as loud as any.

But if you want to pronounce Milwaukee fans to be the best in baseball, the Arctic Tailgate gives you a pretty strong argument.