People often come up to me and matter-of-factly ask, “Kurt, I’ve been thinking of buying baseball tickets on Craigslist. But should I? Can that medium be trusted?” 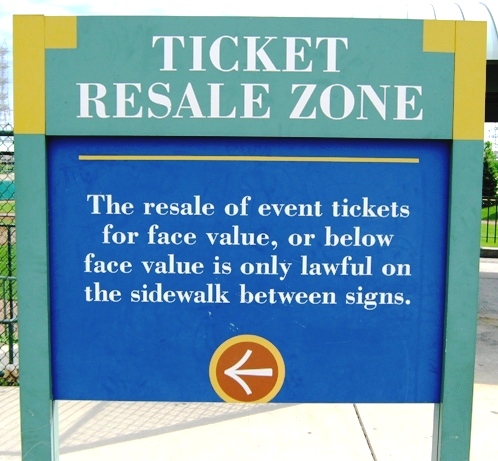 They don’t say WHICH signs…

Sports fans love to tell the story of the great deal they scored on tickets once…be it through a scalper, great timing on StubHub, a classified ad, whatever. We love it. It makes us feel so much smarter than the suckers who paid three times the price for the same seats.

Frequently when I am poring through ballpark reviews, one or two folks will talk about getting their tickets on Craigslist, and saving a bundle of cash.

In case you’ve never used it, Craigslist is a website that falls somewhere between eBay and newspaper classifieds. It’s people trying to sell stuff they can’t use to people who can. Sports and concert tickets are routinely sold there, probably in the millions.

I did some research on the deals available for baseball tickets on Craigslist, by looking into what was available for the Phillies Opening Day game last year. 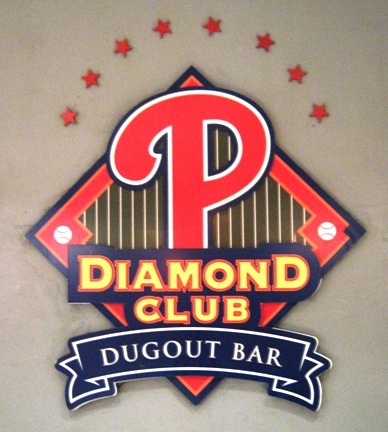 Exclusively for millionaires and Craigslist members.

I saw Diamond Club seats in Section C, Row 9, being sold from a season ticket holder, for $395 apiece; seats in Row 7 of the same Section went for $849 on StubHub (that StubHub figure, in my opinion, is ridiculously inflated, and it will probably come down if no suckers are found).

Another person had four tickets going for $125 apiece in Section 116; similar tickets on StubHub were $237—this person said they were willing to meet close to their house to deliver the tickets.

So if these people are legit, then indeed there are some great deals to be had for baseball tickets on Craigslist. Sellers and buyers also avoid the fees associated with brokers, which drops the prices, especially on high end tickets.

The catch is that unlike with official brokers like StubHub, there are no guarantees to protect you from being scammed, and you don’t have to look very hard for stories about people being taken to the tune of hundreds of dollars buying very authentic-looking tickets.

In those stories, I’ve noticed that you’ll often read a quote from someone who works for Ticketmaster or another broker, preaching about the dangers of buying tickets on Craigslist. When the Yankees started their own Ticket Exchange, they tried selling the public on the dangers of StubHub.

I didn’t read a lot of articles about Craigslist victims, but the stories I did read made the problem seem a lot bigger than it probably is. One story mentioned a Patriots game where 50 people were turned away with fake tickets. When you think about it, that number is small enough that one clever scammer could have nailed all of them. And that story, incidentally, almost blatantly plugged the “official” NFL Ticket Exchange, even linking to it. Have a look here.

So should you risk Craigslist? I’ve never tried it, but there are ways to minimize the risk. Craigslist advises meeting with the seller in person, in a public place, and they say this will help you avoid 99% of the scams. A blogger added to this…get the person’s phone number, license plate number, any info you can. And bring someone with you, since you’re meeting with a stranger that knows you are carrying cash. 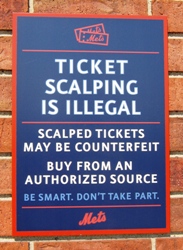 Now, if the seller is a season ticket holder, you can verify that with the team. Teams have accounts and information about their best customers and you can ask them if the person you’re dealing with is a legit season ticket holder. You can also ask the seller what other games they’d have. There are ways to flush people out.

Look at the tickets carefully and don’t buy them if your gut tells you something is wrong. Check the date and the opponent. It’s not difficult to produce excellent counterfeits these days, but smudged ink, shoddy paper, or scissor marks are easy to spot. Be especially wary with high demand games, like playoff or Opening Day games.

For the most part, I’m guessing most folks on Craigslist are legitimate, and you can always do some investigation on the seller, especially if they are season ticket holders.

The rules for buying baseball tickets on Craigslist, in my opinion, would be the same as patronizing scalpers, which I’ve done a few times. Use your best judgment, and accept the possibility that you could get ripped off. If it’s happened to you, feel free to air me out and I’ll update this.

If you find the right seller, you might have a great story to tell about the deal you got on Opening Day tickets.