When Great American was built, budget constraints kept the designers from putting in big riverboats or exploding scoreboards, so they came up with a clever way to introduce a quirk to the ballpark.

The Gap is a section of seating between home and third base that was left open; there is an opening there that is a decent standing room spot on the upper level especially.

I’ve read that the Gap allows people to watch the game from Sycamore Street, but honestly I don’t know how that’s possible, unless there is a spot just outside the ballpark that I missed. 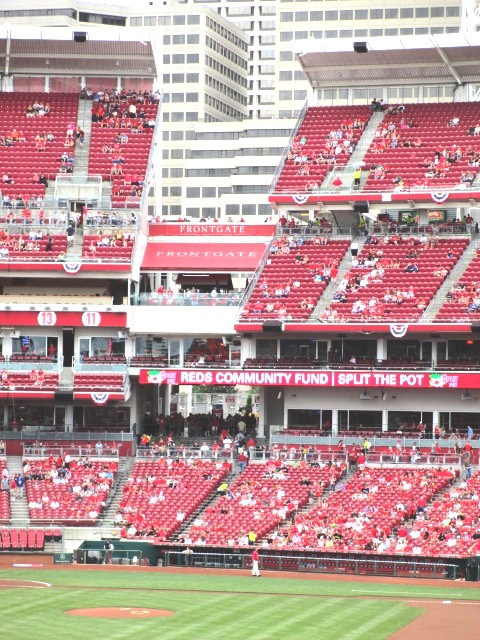 Watch Cincinnati office workers from inside the ballpark!

The other stated purpose of the Gap was to bring the upper level seats on the third base side closer to home plate. That isn’t quite the case either, well, not exactly.

So yes, it does bring the seats closer to the action; the Mezzanine seats are about at the same level as the Club seating on the first base side. But it doesn’t actually bring the cheapest seats closer to the field, not noticeably so anyway. The Mezzanine seating costs as much as the View Box, sometimes a couple bucks more or less depending on the Reds’ dynamic pricing. 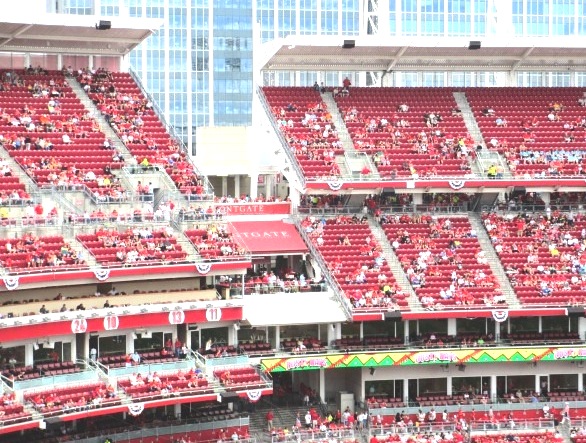 Not saying that this is a bad thing, not at all. The Gap provides a nice little opening to walk past and it’s actually pretty neat how the designers of the ballpark created larger 400 level sections. Yes, it costs a few dollars more, but they’re mezzanine level seats as opposed to upper box, and the seats have a good perspective of everything.

Great American Ball Park is one of the most functionally fan-friendly ballparks in baseball, in my opinion, and one of the reasons is the view from most of the seats in the ballpark. In most places the upper rows on the third base side wouldn’t be great; at Great American you have some better choices.