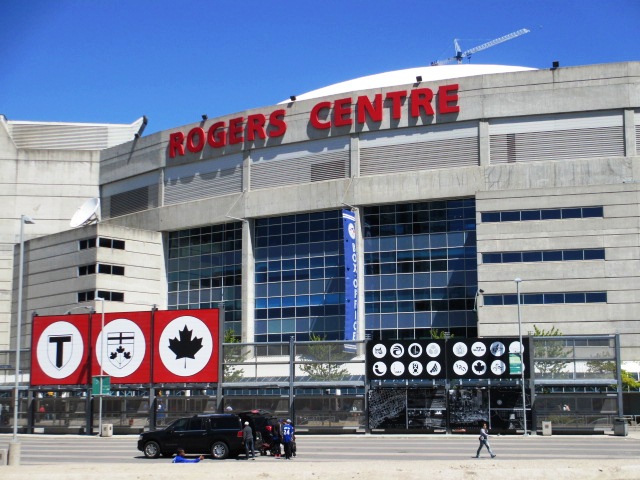 Thanks for visiting the Toronto Blue Jays Ballpark E-Guides page! We hope that you find out some cool things you didn’t know about Rogers Centre while you’re here.

The Toronto Blue Jays ballpark is more revolutionary than people realize. It was the first to successfully bring retractable roof technology to fruition. It also has restaurants and a hotel attached, completely out of step with the ballparks of its day. Restaurants with a view at the game are very common today, but they weren’t when SkyDome (now Rogers Centre) opened in 1989.

Check out some great Rogers Centre tips below! 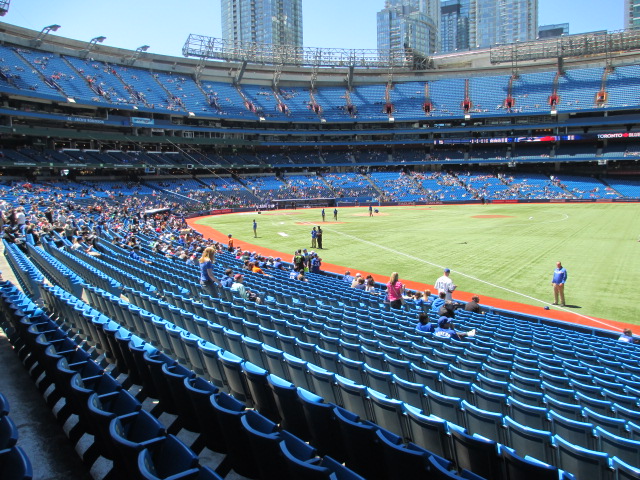 Here you go baseball fans – your complete Rogers Centre seating guide, full of tips to help you find the best seats at the Blue Jays ballpark for your taste and budget. Whether you’re visiting Rogers Centre for the first time, or you’re a regular, there’s plenty of info here to help you get the [...] 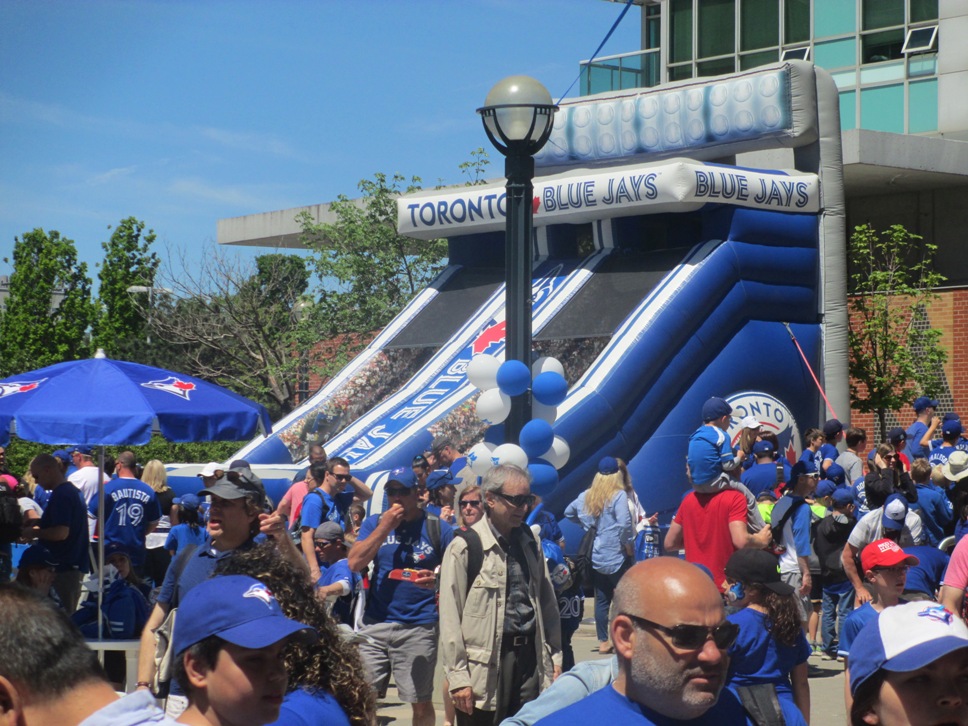 Visiting Rogers Centre with kids can be a blast of a time for them, especially on days when the Jays set up an entire playground in the outside plaza. Here’s three things you should know to make it a memorable day for them…   Rogers Centre With Kids, Tip #1) Do Jr. Jays Sundays. For [...] 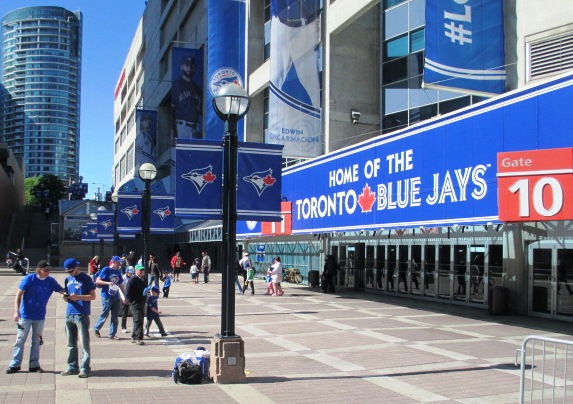 If you’re looking to do a Jays game tightwad style, it’s easy enough…there are already lots of cheap Blue Jays tickets to begin with. You need only be willing to sit in the 500 level somewhere. But if you’re looking to find deals for wherever you’re sitting, here’s three suggestions for you.   Cheap Blue [...] 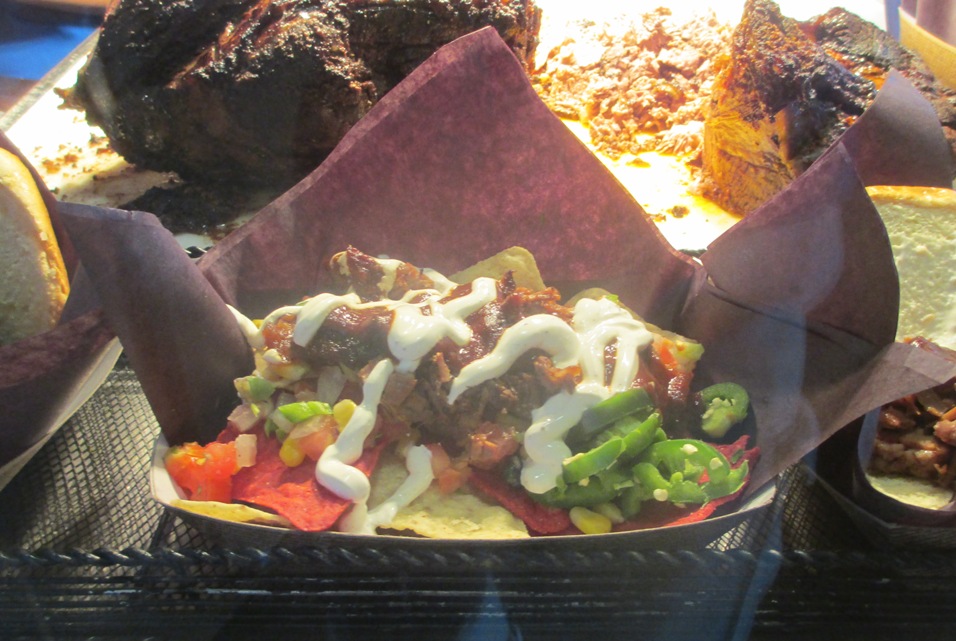 I wouldn’t say that the home of the Blue Jays tops the list in ballparks known for culinary greatness, although they have definitely improved things in recent years. But that there are several different editions of Rogers Centre nachos is impressive to me; chips with stuff piled on them go over pretty well here. Here [...] 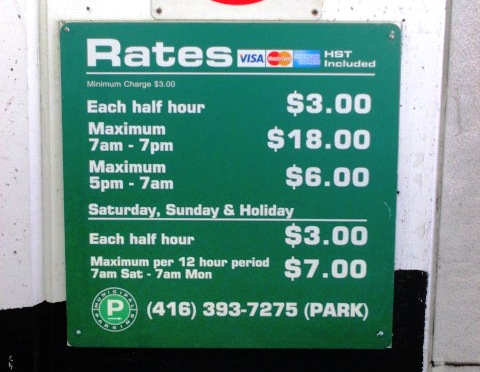 If you’re visiting Rogers Centre in Toronto for the first time, there are a few tips you definitely need to know. The home of the Blue Jays is unique in many ways, some of which present some interesting challenges for the fan.   Visiting Rogers Centre Tip #1: Consider demand when buying tickets. When the [...] 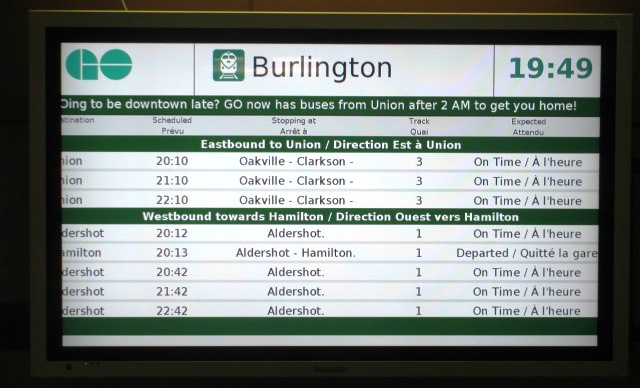 Toronto being the metropolis that it is, there are many answers to the question of the best way to get to Rogers Centre for a Blue Jays game (or a concert or Argonauts game, for that matter). You can drive or use the many TTC options. But unless you’re living or staying within a couple [...] 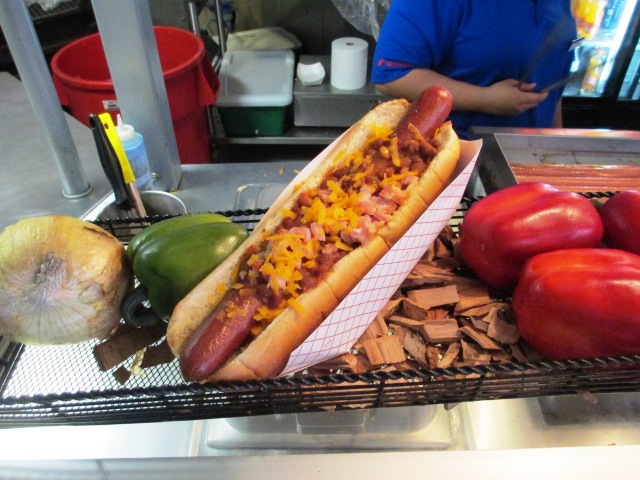 The Rogers Centre food situation has been improving, and today the Jays’ home features a fairly impressive menu, even if it’s not quite as varied and full of gourmet options as some ballparks. After doing my customary and thoughtful walkthrough, I found three items that are certainly worth trying if you’re wondering what to eat: [...] 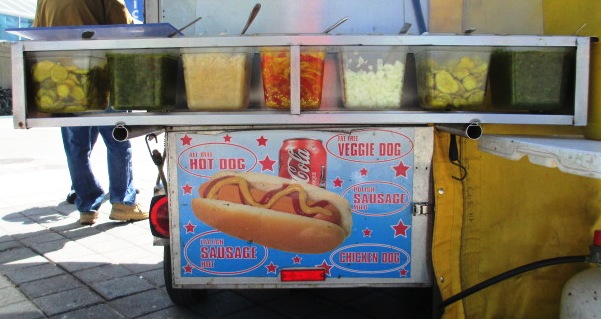 There’s no shortage of a selection of food at Rogers Centre, but as in any ballpark, it’s expensive. Fortunately, if you want to bring food into Rogers Centre, you can…and you have some great alternatives just outside.   Some ballparks have a better outside vendor scene than others. Fenway Park and Wrigley Field are among [...] 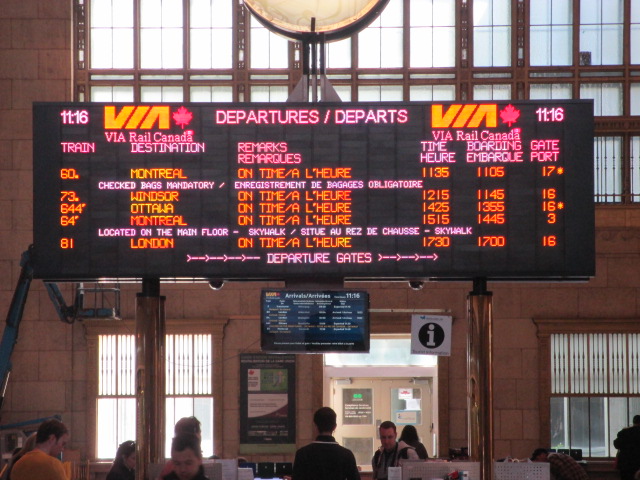 A quick glance at a road atlas reveals that unlike any other MLB city, Toronto isn’t in the United States. If you’re headed to Toronto for a Blue Jays game, you should probably be aware of some tips for visiting Canada.   That’s a cool thing, of course, because it makes you the ballpark roadtripper [...] 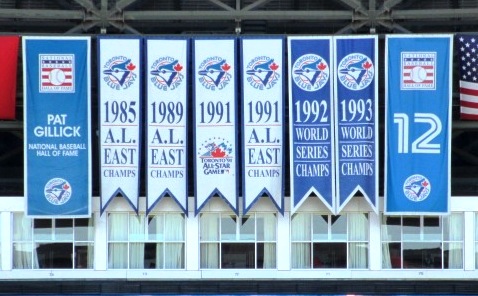 The Blue Jays of 1993, who played in what was then called the SkyDome, and the Blue Jays of 2014 were similar in that the majority of either team’s superstars weren’t home grown talent.   Joe Carter, Roberto Alomar, Paul Molitor and several other stars on the 1993 champs were acquired from other teams, while [...]