I’ve talked a little bit about the Detroit establishments that offer Comerica Park shuttles here, but there’s enough such places to include in another post, so here’s a few more suggestions… 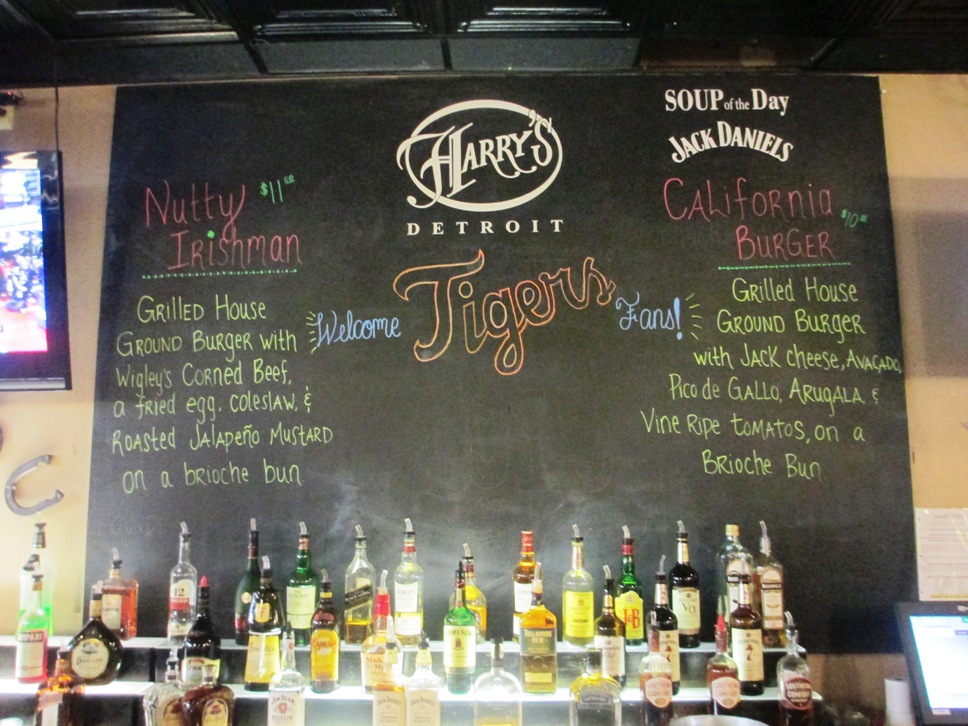 Nothing like a Nutty Irishman burger to get you in the mood for some baseball.

Comerica Park Shuttles, #1) Harry’s Bar & Grill. The newly remodeled Harry’s is located across I-75 from the ballpark on Clifford Street; you could probably walk it, but it’s a long walk, and they’ll make it easier for you with a ride.

Harry’s is nicely accessible from all of the nearby major highways. Parking at their lot is free, but it is small and fills up early. If you’re using a shuttle from any tavern you should arrive early anyway, but this doubly applies to Harry’s. Their lot is fenced in and attended like the Tigers’ lots.

Harry’s has some high end items on its menu like creole shrimp pasta and salmon salad, but it is mostly known for its varieties of burgers and a full bar. Harry’s is a popular pre- and post-game spot, and gets crowded on game days. 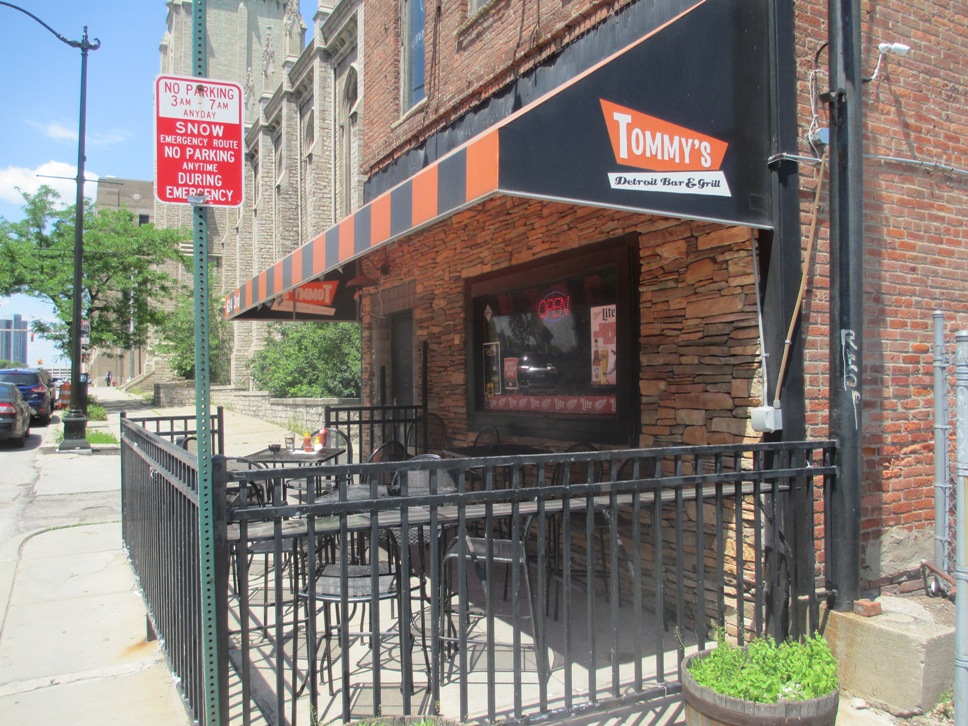 Don’t worry, they have seats inside too.

Comerica Park Shuttles, #2) Tommy’s Detroit Bar & Grill. Tommy’s is located on Third Street, very close to the Joe Louis Arena. It’s in a small building built in 1840, so it survived Prohibition…hmmm. Parking in the adjacent lot is free for Tigers games most nights and the shuttle to games is also free, but there might be a parking charge if something is going on at the arena or the Cobo Center. You can call and ask first.

Tommy’s is cramped in a good way, and there’s actually some history here…the building was actually an outlet for the Underground Railroad. Bartenders are friendly and the burgers and corned beef are very good by most accounts. Fresh hand dipped chicken wings too.

Tommy’s will occasionally have specials that include a meal, game ticket and a ride to the game for a very nice price. Well worth checking out.

You can use the People Mover to get back if you don’t want to wait for the shuttle, but be sure to use the Cobo Center or the Fort/Cass stations.

Their bus is more colorful than Nemo’s down the street. Which makes McShane’s better.

Comerica Park Shuttles, #3) McShane’s Irish Pub. People talk about Nemo’s being the classic pub where Tiger Stadium sat, but since their bartender was such a jerk to me in my visit, I’m not bothering with them. McShane’s is actually on the corner of Michigan and Trumbull (the old Tiger Stadium site), and it’s an eatery with an outdoor patio, live entertainment and decent drink and appetizer specials. The beer selection, so I’ve read, is a bit better than Nemo’s with some craft brews on tap.

The menu is Irish pub style fare with burgers as the mainstay; I’ve read a lot of good reviews about the food. The grub here is a bit pricier than at Nemo’s, but there’s a better selection too.

At McShane’s there is a charge for their parking lot, but they refund that amount to you in a coupon you can use inside, so it’s essentially free and there’s no cost other than the tip to ride the bus. The bus is also said to be less crowded than Nemo’s.

There’s three more Comerica Park shuttles…if you’re looking for an affordable spot at the game, have a look at this post.