I often get asked my opinion on what the best ballparks are, and usually names like Fenway and Camden and PNC pop into my head. Great American in Cincinnati doesn’t make my top five, or maybe even my top ten. It doesn’t quite stand out among the greats visually, the food selection isn’t as varied, and it doesn’t have the retro feel that so many new ballparks have.

But at the risk of sounding like a boring architect (not that architects are boring, just saying), from a functional standpoint, Great American Ball Park truly is one of the best in baseball. Underrated thing, ballpark functionality, until you’re a season ticket holder.

First, it’s more affordable than most ballparks: for a team that has been competitive in some recent years, the Reds offer some amazing deals for fans. Kids and senior citizens can get half-price tickets, there are several fan clubs that offer discounts, and Reds tickets aren’t that expensive to begin with; even the better seats are relatively affordable. 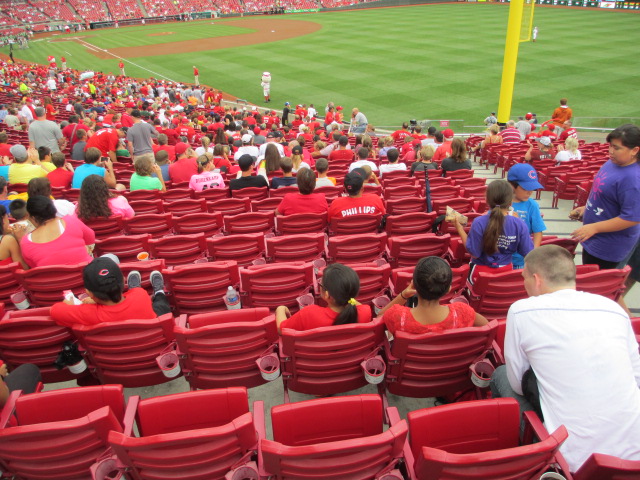 Why are these seats crooked?

Another thing I noticed about GABP is the fan-friendly way the seating is arranged. I kind of chuckled at the big deal they made about the Gap in left field at first, but it does bring more seats closer to the action. The curvature of the seating bowl on the first base side and the way the seats are arranged allow for a straight ahead view with no neck twisting.

I searched all over the ballpark, and other than the bleachers missing a bit of the warning track, I couldn’t find a single obstructed view…including seats from which you can’t see the scoreboard. 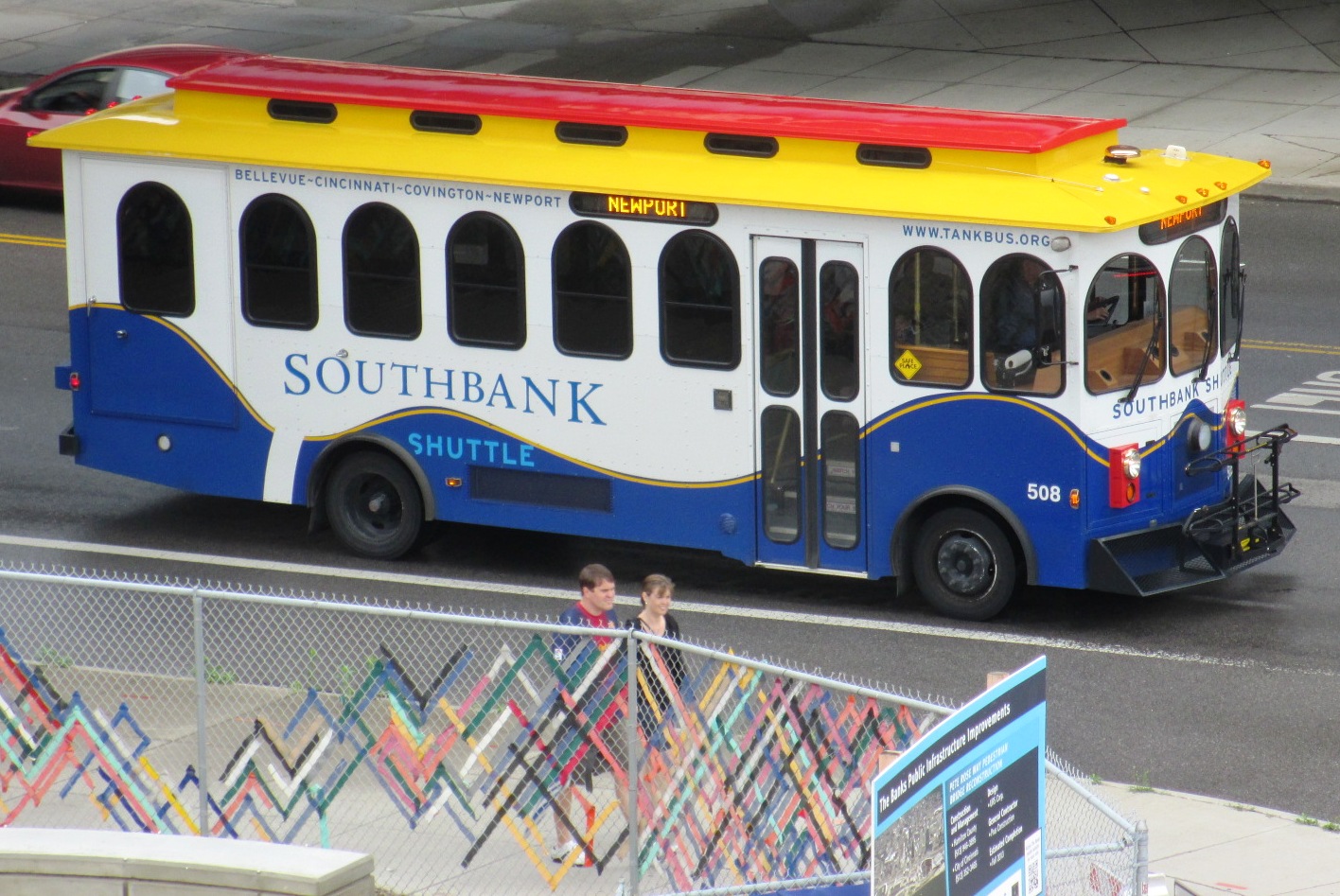 It’s a beautiful day in the neighborhood…

Few ballparks—especially ballparks planted in the heart of a city—are easier to get to than Great American. There are three nearby interstates, and not only is there abundant parking in the garages and lots nearby, there is much cheaper parking across the river in Newport and Covington. From either town you can use the inexpensive Southbank Shuttle to the ballpark. And now the new streetcar makes a visit to Cincinnati with a ballgame thrown in much easier.

Leaving the ballpark, drivers can move in any direction and find an easy way home. Parking is as affordable as in any ballpark too. 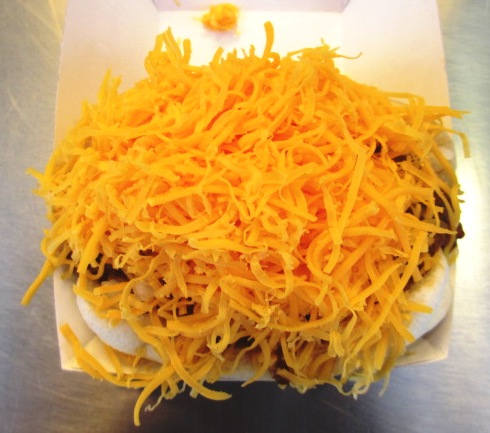 It’s baseball. There’s a hot dog in there somewhere.

The food selection at GABP isn’t as varied as other ballparks…as far as I know there aren’t any “executive chefs”…but if you want a taste of the popular joints in the Cincinnati area, they’re all here: Skyline chili, LaRosa’s pizza, Montgomery Inn BBQ, Frisch’s Big Boy burgers, and Penn Station subs. Plus about a half dozen different kinds of Kahn’s dogs and Queen City sausages, and an affordable restaurant in left field with cool stuff like Mammoth Fries.

Need to keep the kids occupied? There’s a whole kids play area with a wiffle ball field, and Reds employees even pitch to the kids. 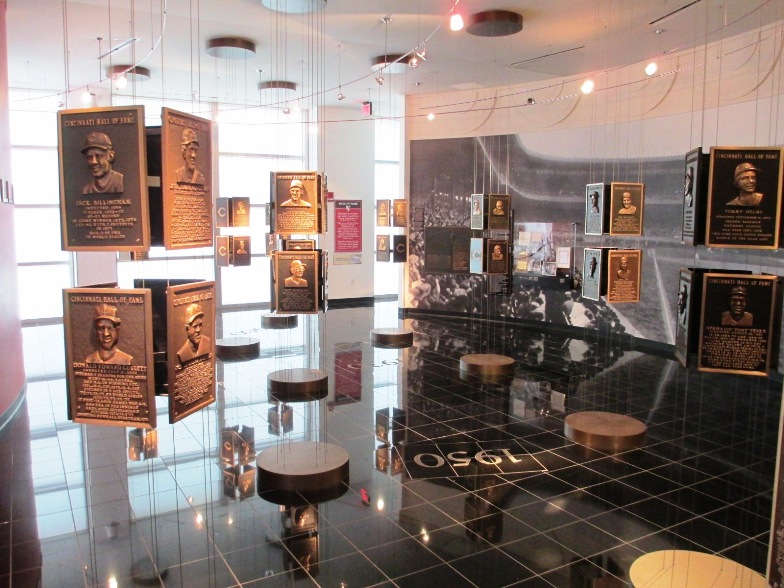 “No running in here, kids!”

All that and more than enough post-game options, whether you want a meal at the Holy Grail or entertainment in Newport-On-The-Levee. And arguably the best team Hall of Fame in baseball.

Great American, by ballpark standards, is something of a no-frills venue. Most don’t rank it among the best ballparks in baseball. But it’s fan-friendly, family-friendly, transportation-friendly and wallet-friendly, and I can’t say all four of those things about too many ballparks. It’s perfectly wonderful for one thing: watching baseball.

Which, as we may have forgotten in the age of millennial-friendly party areas, luxury suites and restaurants (and GABP has all of those too), is why the venues are built in the first place.

If you’re planning a visit to Great American, check this out.