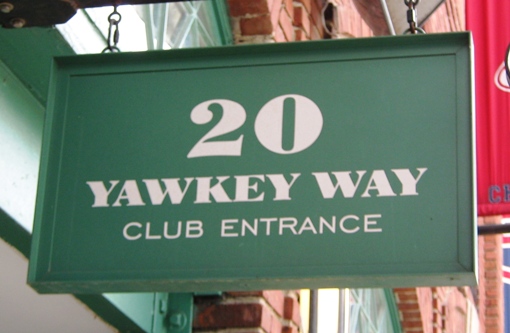 Fenway Park in Boston is the oldest ballpark in baseball, but it almost didn’t survive.

When the Tigers moved out of Tiger Stadium, it seemed almost certain that Fenway Park would see the wrecking ball. There were even designs drawn for a much more modernized replica.

The Boston Red Sox and Janet Marie Smith had other ideas, for which baseball fans can all be thankful.

Janet Marie Smith was the lead architect for Camden Yards in Baltimore, and she was responsible for much of the ballpark’s innovations…like the bricks and steel construction. Soon the Red Sox would be remaking Fenway Park…and making an already great ballpark better.

They added seats atop the classic Green Monster, which are arguably the most coveted seats in baseball. They closed off the adjacent Yawkey Way for games, turning it into a classic baseball entertainment friendly walkway like Eutaw Street in Baltimore. They added a huge concourse in right field, lessening some of the notorious congestion. And best of all, they repainted those classic Grandstand seats…but left them intact.

After almost losing one of baseball’s greatest ballparks to the ballpark boom, Fenway Park is now more fan-friendly than ever…and is still a place where fans can view a mound where Babe Ruth and Cy Young pitched, a foul pole that was struck by one of the most notable home runs in baseball history, and a red seat where a guy named Ted Williams blasted a home run.

The seats are small and sometimes obstructed, it can still be difficult to get around, and it’s expensive, especially if a fan doesn’t know what he’s doing. But that’s as it should be. Fenway Park is packed every home game with fans so into baseball and the Red Sox that they don’t mind their ballpark not featuring the latest sushi.

Just as it has always been. Only better. 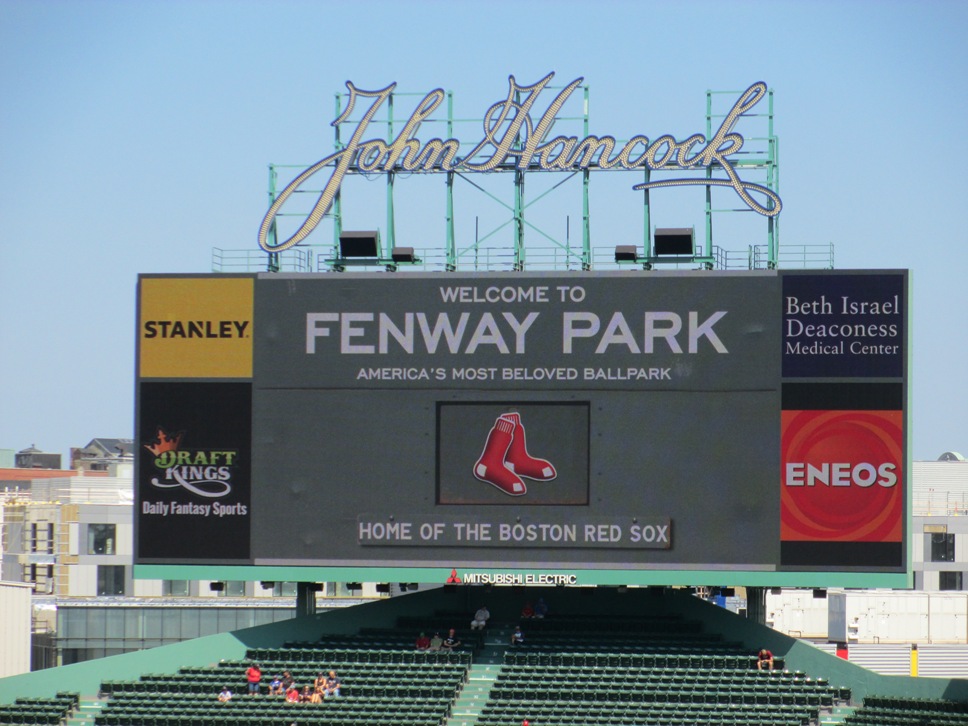 So you’ve got a Red Sox fan in your life, and you’re thinking about something that would make a super gift? As a ballpark guy, let me give you my best advice in gifts for Red Sox fans: give them something for their next game at Fenway. Tickets obviously make a great gift, so here’s [...] 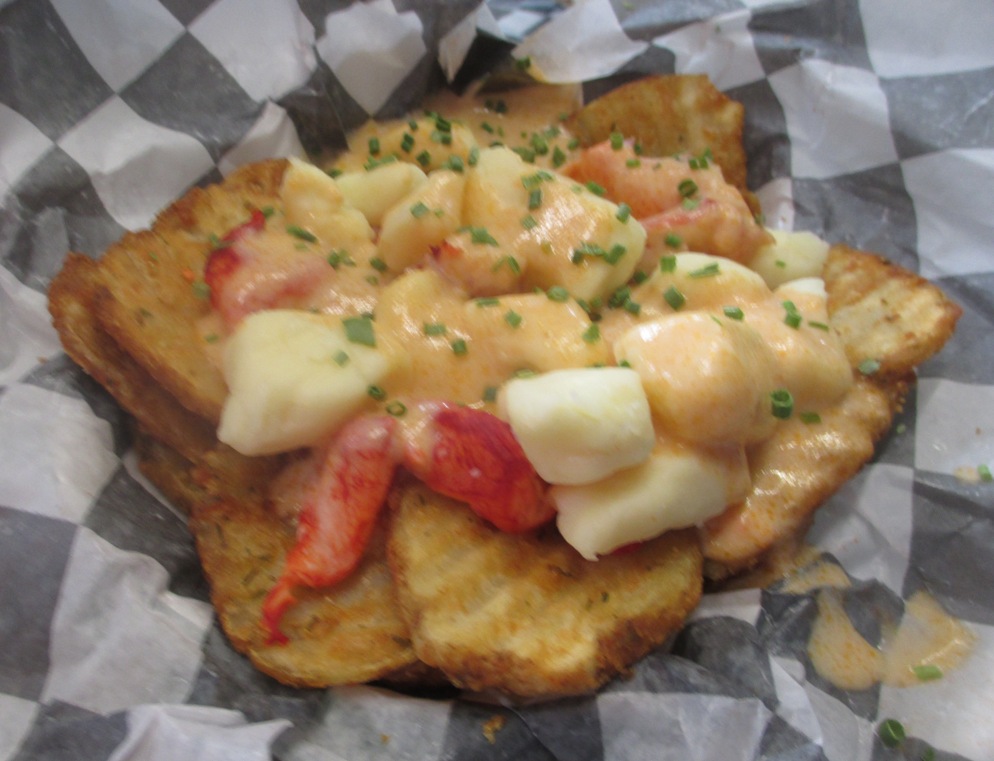 Here it is, Red Sox fans and Fenway visitors: your complete guide to the Fenway Park food menu! The culinary highlights at Fenway Park aren’t as fancy schmancy as at most ballparks, but it’s greatly improved from years past. Honestly though, their food guide doesn’t offer up much info about it. Someone needed to step [...] 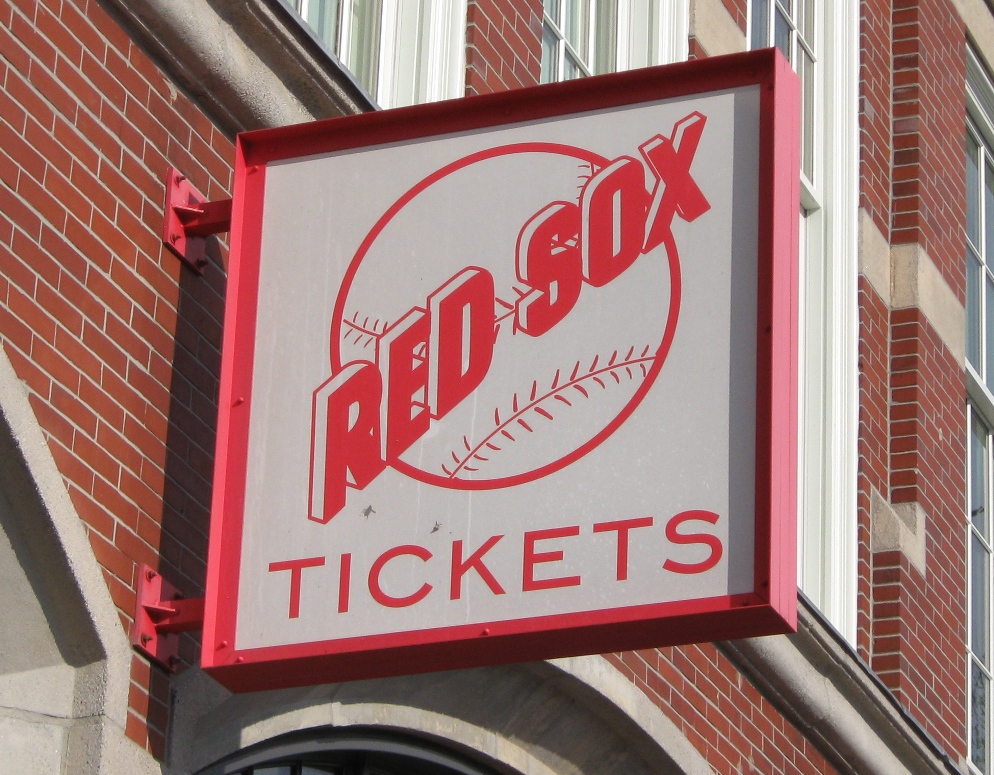 Cheap Red Sox Tickets – And How To Get Them

Cheap Red Sox tickets? Really? Yes. Believe it or not, you can find them. Especially with all the tips I’ll be sharing with you in this detailed post. Knowing these things has saved me a bunch of money on Sox tix…and have money left over for a Fenway Frank. If you want some help choosing [...] 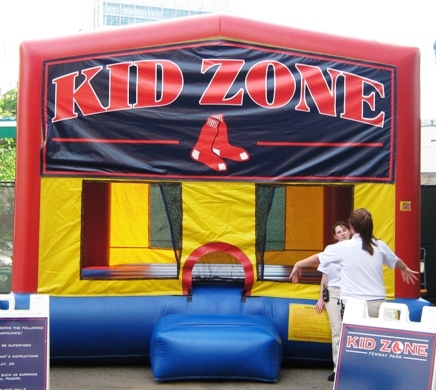 Visiting Fenway Park with kids is light years better today than it once was before the congestion reduction, but it’s still a challenge. So Ballpark E-Guides, looking out for every demographic, has some tips for parents. (If you want to find the best deal on Red Sox tickets, check this out!)   Fenway Park With [...] 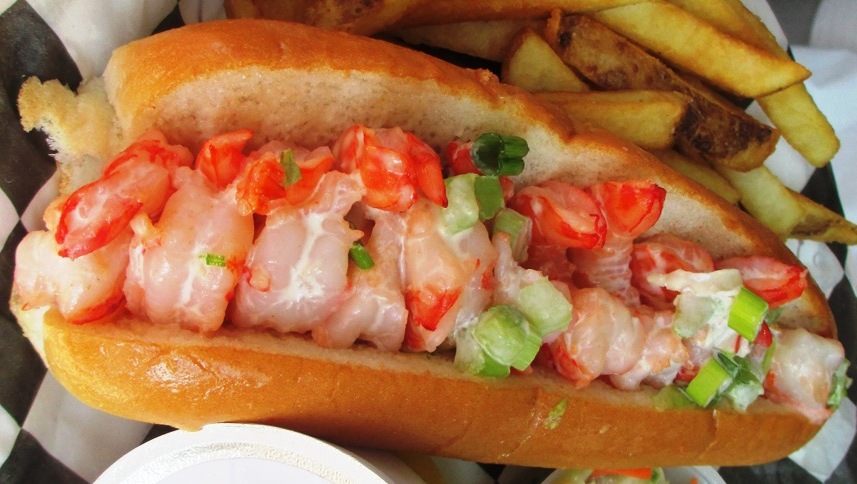 With the Fenway Park food menu expanding, one would think people would start to eschew the ubiquitous Fenway Frank. Fortunately that isn’t happening, but if you’re looking for some Massachusetts lobster with your baseball, you have several great choices at the ballpark in Boston… Fenway Park Food Items, Lobster Bit #1) The Lobster Roll. The [...]

Can You Bring Food Into Fenway Park?

Can you bring food into Fenway Park? The short answer is yes, you can. The Red Sox allow you to bring in a 16*16*8 soft-sided bag, so long as it doesn’t contain alcohol or potential projectiles. Nothing wrong with the Fenway Park food menu, but it’s nice to save a few bucks, especially in Boston. [...] 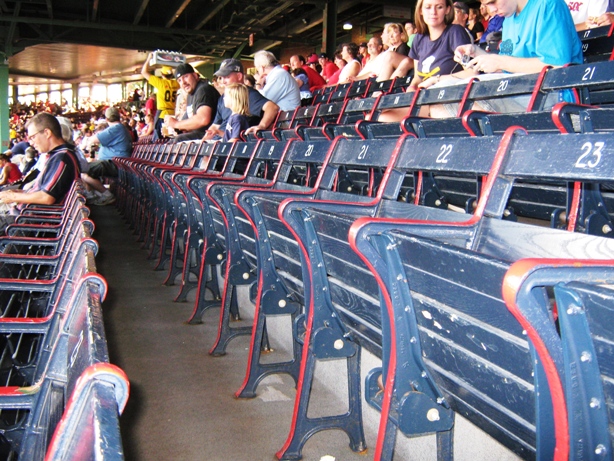 If you’re visiting Fenway Park for the first time, there are definitely some things you should know about arguably America’s most treasured baseball venue. Fenway Park is a wonderful experience when done right, but it is definitely not for amateurs.   Visiting Fenway Park, Tip #1: Choose the right tickets outlet. For high demand games [...] 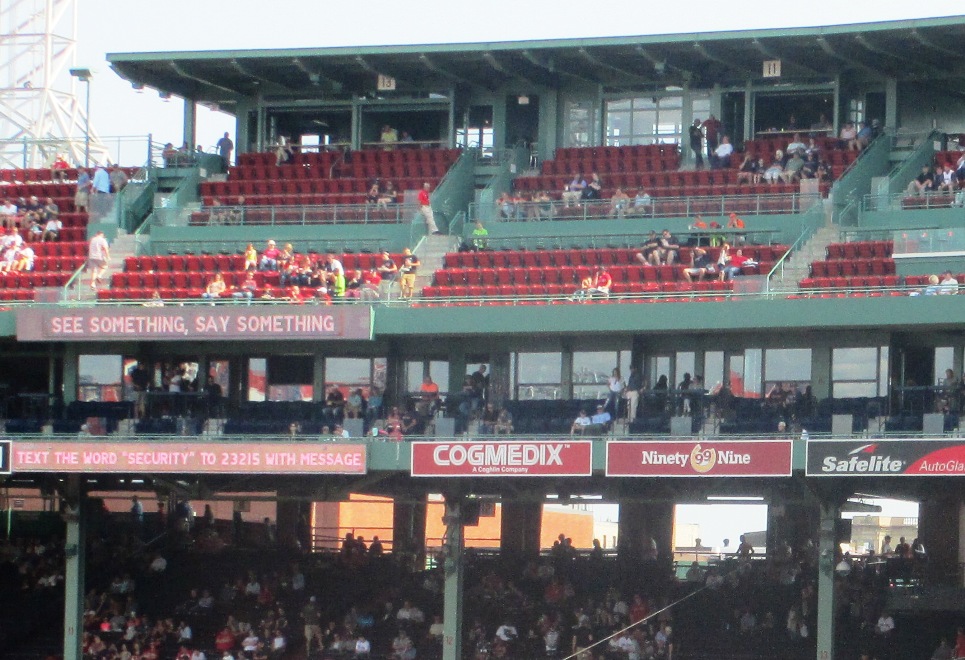 There’s a lot to know about every type of Fenway Park seating…from Dugout Box to Standing Room, every seating area in Fenway has its quirks. For example, I’ve dedicated an entire page on this site to avoiding obstructed views in the Grandstand. Here are a few suggestions if you’re looking to eschew the support poles [...] 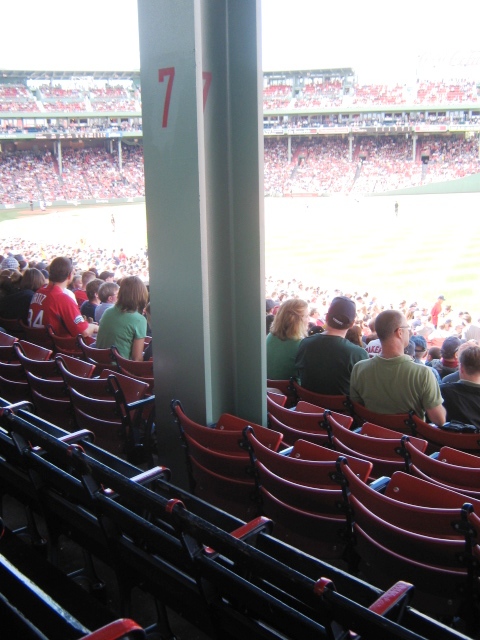 If there was a simple answer to how to avoid obstructed views at Fenway Park, there wouldn’t be an entire book written on the subject. But I’ll give it a try. As beloved as Fenway Park has been in its century of existence, it’s not much fun when one is sitting in a seat with [...] 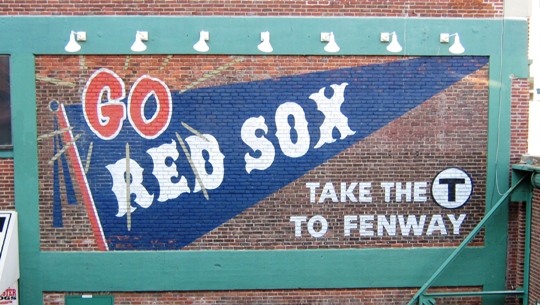 (Note: this article contains affiliate links. If you use an affiliate link to make a purchase, Ballpark E-Guides earns a commission. Thanks for your support.) Most everyone who goes to Red Sox games has two recommendations for the best way to get to Fenway Park: don’t drive, and take the “T”. Driving to and parking [...] 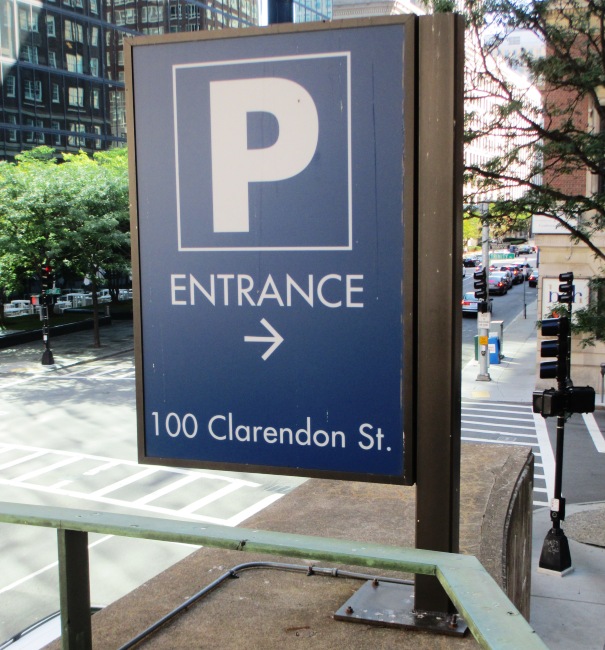 (Note: this article contains affiliate links. If you use an affiliate link to make a purchase, Ballpark E-Guides earns a commission. Thanks for your support.) If you’ve ever tried to find cheap parking at Fenway Park, you know what a challenge it can be. On top of that, Boston isn’t the easiest city to drive [...] 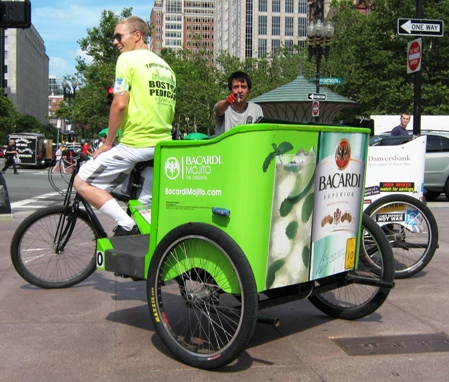 (Note: this article contains affiliate links. If you use an affiliate link to make a purchase, Ballpark E-Guides earns a commission. Thanks for your support.) If you’re looking for a cool or romantic way to get to Fenway Park, try those fun guys at Boston Pedicab. As you may know, only rookies drive their car [...]

The Fenway Frank – As Baseball As Life Gets

The Red Sox have upped their food game of late, with adding such fancy stands such as Taste of Boston, Tasty Burgers and several great lobster items, but the Fenway Frank is still essential sustenance at Boston’s venerable ballpark.   I don’t understand why it’s so rare to see a hot dog in a mushy [...] 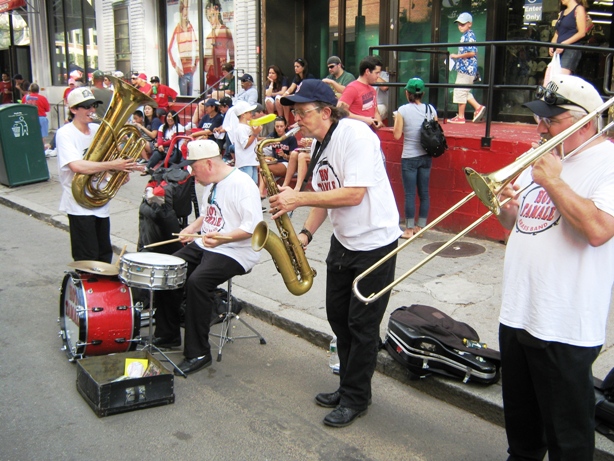 Hopefully on this site I’ve offered some good Fenway Park tips…never hurts to know how to avoid those blasted support poles, for example or how to find the best deal on tickets. These aren’t essentials, but you should still check them out.   Extra Fenway Park Tips, #1: Jersey Street (formerly Yawkey Way). Since Camden [...]